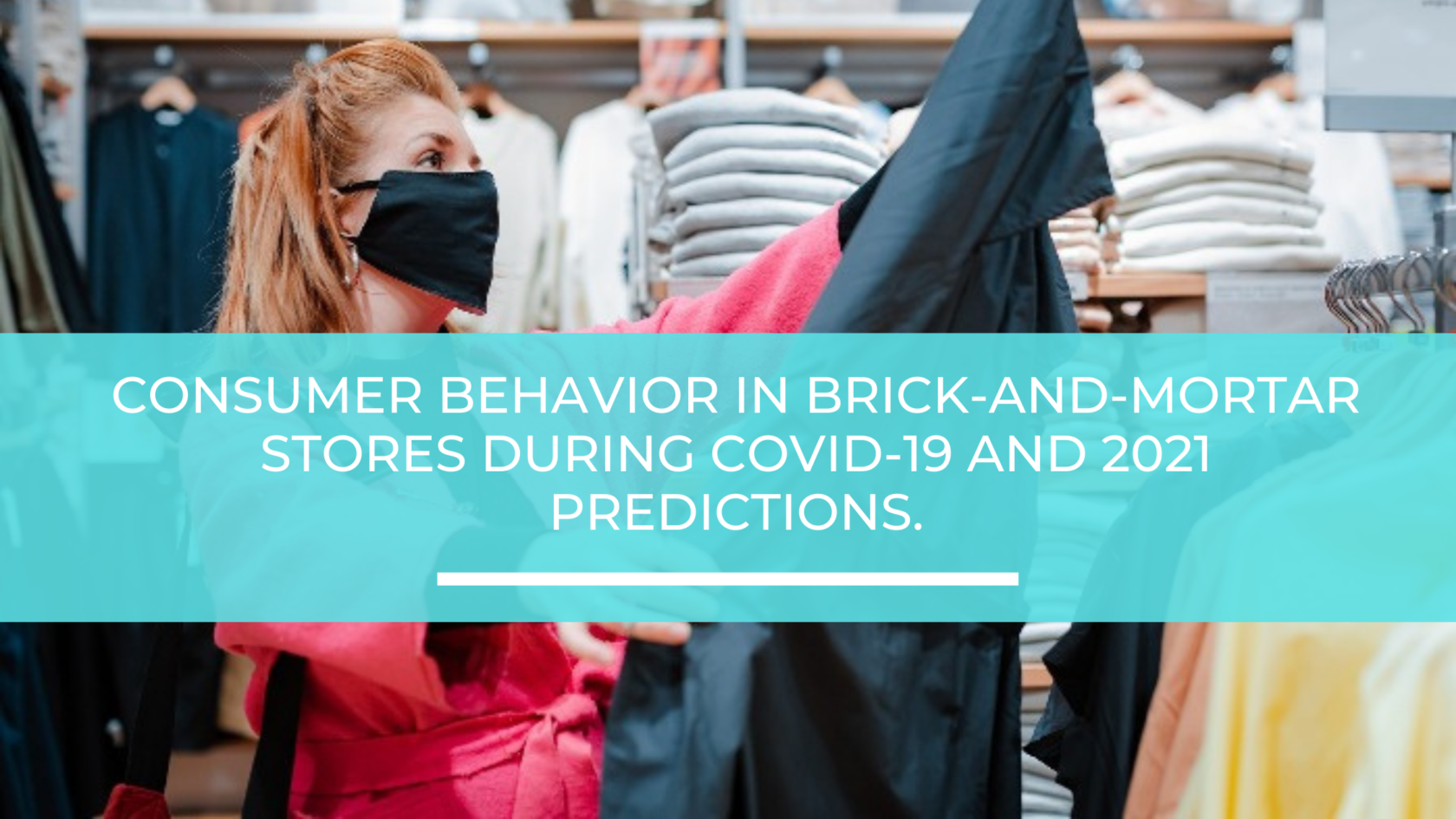 Consumer behavior in brick-and-mortar stores during Covid-19 and 2021 predictions.

As we look forward to coming out of lockdown and (hopefully the final) reopening of non-essential retail stores, we can look back at customer behavior and predict what to expect in 2021. Why and how are consumers deciding to spend? What level of footfall have we experienced in physical retail stores and what can we expect in April 2021? Should we be optimistic or cautious?

Consumers were greeted with new rules of social distancing and long queues, floor markings, temperature checks, mandatory masks, hand sanitisation, closures of fitting rooms and many more. The Washington post also talks about the need for consumers to have toilets and social spaces like pubs and restaurants available. Many shopping trips were reconsidered or cut short due to the diluted experience on offer.

The absence of tourists along with the stay-at-home order for high-risk people of the UK contributed to the reduction in footfall. It is important to remember that, in spite of plummeting Covid-19 cases at the time, the second wave of Covid-19 cases was imminent, prompting another lockdown (with no vaccine available yet). It is in this fearful state, more than 3,000 individuals petitioned for closing Bicester Village on the grounds of breaking social distancing rules. Yougov found that in June 2020 81% adults would only visit a physical store if it complied with social distancing rules.

While some people were making up for lost time and spending their pent-up savings, others were living in uncertainty during a time of recession and unemployment. According to Labour market overview, UK unemployment had risen to 4.7% in Q3 of 2020 and 5.1% in Q4.

Thus, some consumers were not enjoying the shopping experience even if they were not self-quarantining. Others simply did not have money to spend. The silver lining is that consumers who were willing and able to spend had become intentional shoppers who often research online prior to visiting physical stores. This led to higher conversion despite the reduced footfall.

The second reopening of retail stores in December 2020 did not allow UK brick-and-mortar retailers enough time to fully capitalise on Christmas period sales. Consumers had motive to spend but the early closures, along with newly acquired consumer spending habits, had caused brick-and-mortar retail sales to fall 12.7% compared to 2019. The average footfall during the Christmas period also dropped by more than 50%.

Similar to June 2020 reopening, the footfall in the first week of December 2020 reopening increased by more than 40%. However, spending habits had changed due to government restrictions and personal finances. Spending on gifts fell by -9% since Christmas gatherings had to be kept small. PWC found one in five consumers actively reduced spending: 43% of consumers spent less because they had less money and 31% because they were pessimistic about personal finances.

Similar to June 2020 reopening, the footfall in the first week of December 2020 reopening increased by more than 40%. However, spending habits had changed due to government restrictions and personal finances. Spending on gifts fell by -9% since Christmas gatherings had to be kept small. PWC found one in five consumers actively reduced spending: 43% of consumers spent less because they had less money and 31% because they were pessimistic about personal finances.

The circumstances of April 2021 retail reopening differ from the past two. There is much to be excited about as PWC’s findings show UK consumer sentiment has improved to post pandemic levels.

The main reason for this optimistic sentiment is undoubtedly the rollout of vaccines in the UK. The population has a reason to believe they will be getting back to normal sooner or later. In fact, since July and October 2020, talks of never getting back to normal dropped by 77% and has remained low. With over 21 million UK residents having received the first dose of the Covid-19 vaccine, it is reasonable for Sharecast to predict a 47.9% week-on-week increase in footfall when retailers open their doors again on April 12th.

Retailers should also feel optimistic knowing 42% of the UK population have not been financially affected by the pandemic; in fact, 19% saved money during this period. That’s 61% of UK adult population who enjoy financial stability. Pent-up savings, anticipation to shop, and the desire to make up for lost time will also certainly get these consumers back into physical stores.

It’s been over a year since the World Health Organisation had declared a global pandemic and consumers are desperate for sensory experiences. However, consumer behaviour has changed: there is a focus on wellbeing, shopping local, and anything to break the monotony. Although consumers are spending, they are doing so responsibly.

Around 50% of PWC’s survey respondents intend to spend less on eating out and cut back on holidays. Here is an opportunity for retailers to provide an experience for consumers in a time where people are open to trying new things. Leisure and hospitality’s loss could be retails gain.

In summary, the vaccine rollout has made consumers optimistic about their safety and finances. Therefore, retailers can expect higher footfall in April compared June and December 2020.

The Bank of England predicts the economy could reach pre-pandemic levels in 2022 if consumers spend their £125bn savings. Retailers can help by encouraging consumers to visit physical stores by providing great experiences.

Also Read: Roadmap to recovery: 8 ways to get your retail store ready for reopening based on new shopping trends