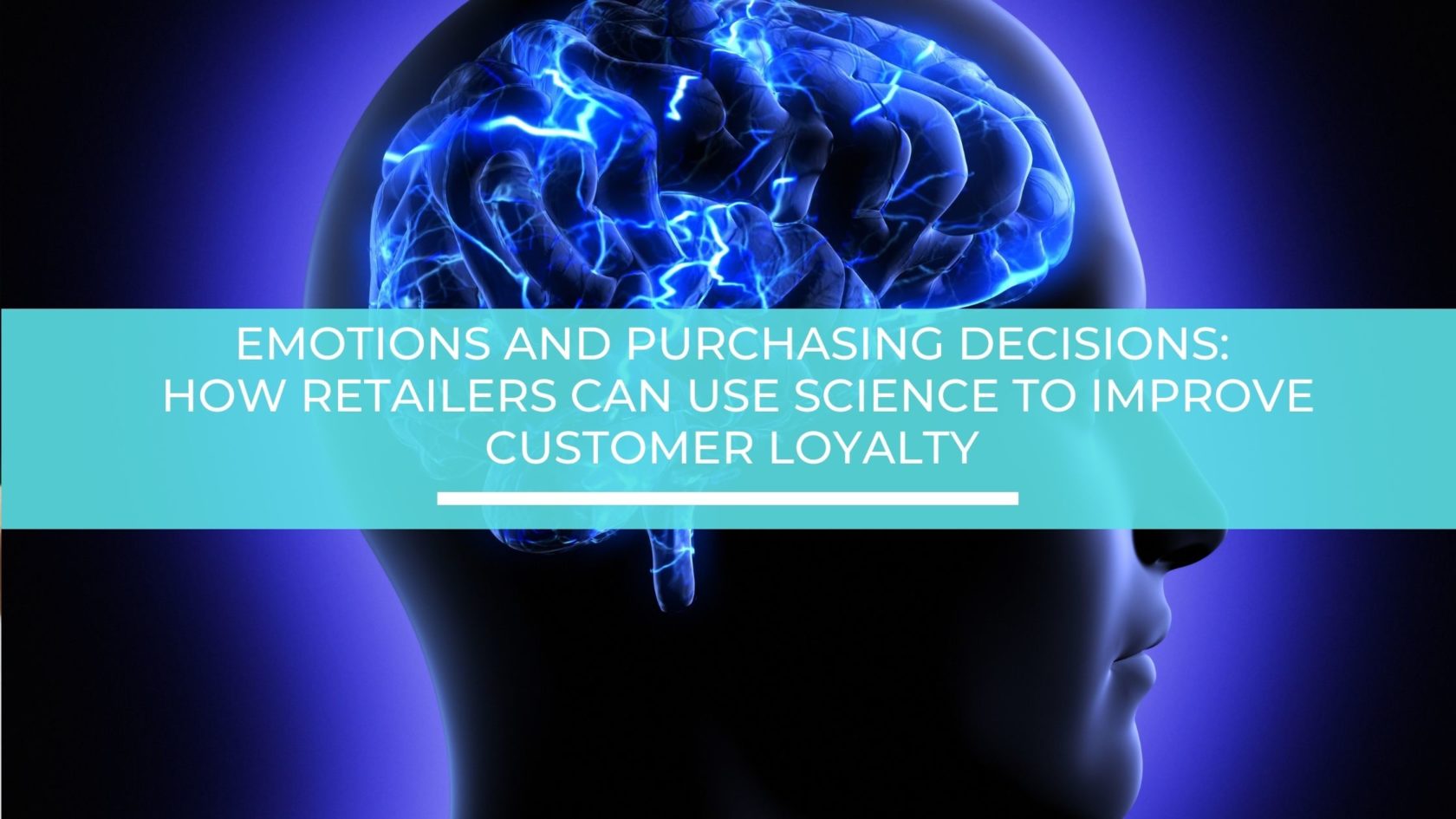 Emotions and Purchasing Decisions: How Retailers Can Use Science to Improve Customer Loyalty

Up until recently, understanding consumer behaviour was done through analysing behaviour in store. Now we have new technology like the functional magnetic resonance imaging (fMRI) which can look inside the consumer brains to help retailers understand their needs better.

The self-declared savvy shoppers may not want to read this, but it’s scientifically true that our purchasing decisions are largely based on emotions.

Phillip Adcock, psychology and behaviour change consultant, found the persuasiveness ratio of emotion to reason in the human brain to be 24:1. Furthermore, Adcock’s studies revealed emotional reactions in humans are 3,000 times faster than rational thought; and sensory input is processed 5 times faster in the emotional part of the brain in comparison to the rational part.

One of the world’s top neuroscientist, Antonio Damasio, conducted studies using fMRI scans, which puts Adcock’s assertions to the test. Damasio observed patients with damaged cortex – the area of the brain responsible for dealing with emotions. These patients have the ability to process information but are unable to generate emotions. His results found that the patients’ ability to make simple decisions, such as what to eat for dinner, was severely hindered by their inability to feel emotions.

Therefore, it is clear that the rational part of the brain is not enough to take decisions. In fact, psychologists and neuroscientists like Adcock and Damasio argue that the emotional part plays a large part in decision making – according to Harvard professor Gerald Zaltman’s study, 95% of cognition happens in the subconscious mind charged by emotions.

Making impulsive purchases gives the shoppers a boost of dopamine, otherwise known as the happiness hormone. So, the instant pleasure which comes from impulse buying helps consumers feel good.

Impulse buying can be motivated by several emotional states: the need to recover from negative emotions such as sadness or boredom, to catch a “good deal”, to display social status, to reward oneself etc. Therefore, consumers’ emotional state is the biggest driver for impulse buying.

In the pandemic times, retailers may have a better chance to take advantage of impulse buying, however, the risks of returns are often greater among products bought on impulse.

Understanding the relationship between emotions and shopping behaviour will help retailers improve strategy and increase conversion.

FMRI tests have shown that consumers’ limbic system, which deals with emotions and experiences, light up when evaluating products or brands, while the rational part of the brain remains largely unstimulated. Knowing this, retailers must focus on customers’ emotional connection to the brand and products rather than inundate customers with facts and technical information.

Brands have to work hard on creative, humorous, emotional marketing if they want to make an impression on their customers’ subconscious and be remembered even when marketing material is absent. Realistically, a brand is only the mental representation the consumer carries of the product. So, making a strong emotional connection with consumers will lead to extremely loyal customers for brands.

Studies show that consumers view the characteristics of a brand the way they view personalities in humans. Therefore, the narrative of the brand becomes crucial when attracting customers, which is more important now when consumers are open to experimenting with new brands. Furthermore, clever personification of a brand will result consumers identifying and aligning themselves with the brand and staying loyal in the long term.

What’s important when dealing with emotions is to keep it positive as studies have shown that fewer people buy when they are in a negative mood in comparison to positive or neutral emotions.

Since humans are visual creatures, using visuals around a store online and offline will help retailers connect with the right half of consumers' brain, which is arguably the more influential part.

A final point which is a major current trend in retail is to provide experiential shopping for consumers. The scientific reason behind the success of this type of shopping is to allow time and space for retailers to display brand characteristics and appeal to the emotional side of the consumers brain, creating positive associations and brand loyalty.

For example, The House of Vans in London carries a skatepark where shoppers are able to skate. This not only brings through relevant and playful shoppers, it also delights Vans’ customers by giving them an unforgettable experience, which will remain in their subconscious and pull them back to the brand.

In conclusion, the retail sector should be aiming to craft shopping experiences to reach the consumers’ subconscious through emotional alignment and positive associations.

Several studies have proven how important it is to harness emotions as a facilitator of customer engagement and ultimately maximise loyalty.